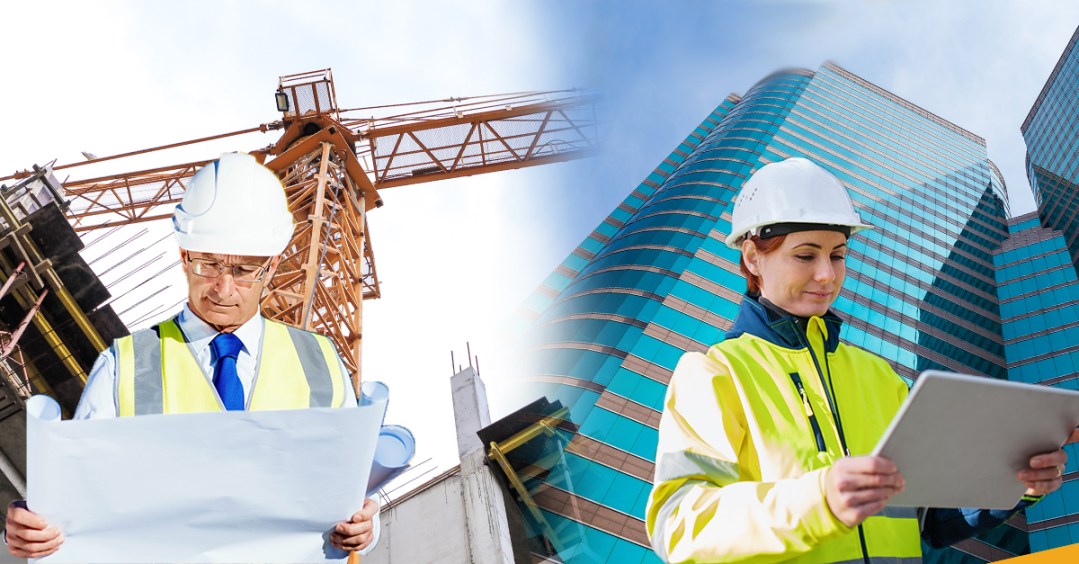 For major contractors and construction companies, the stakes have never been higher. With new era construction technology redefining the way that business is conducted in the construction sector, companies have two choices: adopt or die.

In the wake of the COVID-19 pandemic, the construction sector is projected to rebound. In fact, Fitch Solutions is estimating a 4.1% year-over-year growth (the fastest rate of gain in the past 20 years), with the global industry valuation projected to eclipse $10.5 trillion by 2023.

The market is ripe with opportunity, but the winners of the next decade will be the innovators that are able to strategically deploy and leverage construction technology to improve bottom-line and enhance operational efficiencies on their projects.

This article explores the boom in construction technology, the risk in delayed adoption, some of the best-in-class solutions, as well as predictions on what the future may hold.

myComply is the leading solution for contractors that are looking to slash their insurance costs while also ensuring a completely secure and compliant workforce. Click here to find out more!

What is Construction Technology?

Construction technology, often referred to as “con-tech,” can be defined as any innovative tools, software, or equipment that increase operational efficiencies during the planning, designing, and execution phases of a construction project.

Here are some examples of construction technology:

We will explore some of these construction technology solutions in greater detail below, as well as how they help to drive different outcomes for project owners, general contractors, subcontractors, and front-line employees.

Unlike other industries (agriculture, transportation, and manufacturing) which have witnessed relatively steady technological advancement over the past two decades, the construction sector has been much slower to adopt new tech.

However, there has been a fundamental shift in the sector. Industry leading contractors and construction companies have now recognized the opportunity in technology. A recent study by Software Connect found that 81% of respondents plan to increase their investment in construction technology over the coming years.

In response to this surge in interest and expenditure, investors have also displayed an increased willingness to invest in construction technology companies. In fact, investment in the development of construction technology has doubled over the past decade. According to a study conducted by McKinsey, con-tech developers received $9 billion in investment between 2008 and 2012, but that number grew to $18 billion between 2013 and 2018. 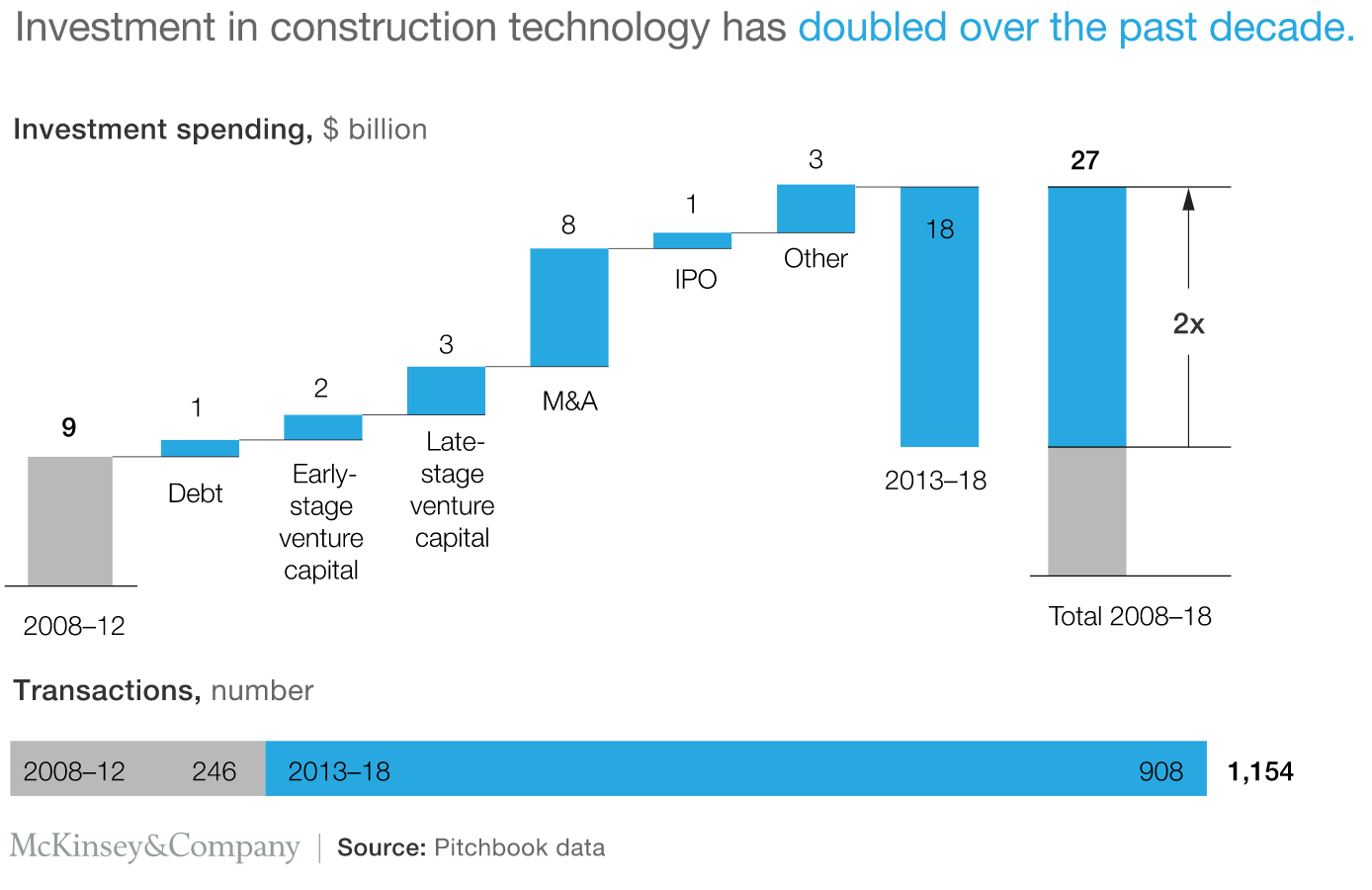 This investment trend bodes well for the contractors that these developers service as it means that there will continue to be growth and development in con-tech solutions that enable operational efficiencies and drive bottom-line.

Despite the trend towards increased expenditure on construction technology and the increased investment in the development of these technologies, many industry leaders have yet to deploy integrated technology strategies—the cost of which can be severe. 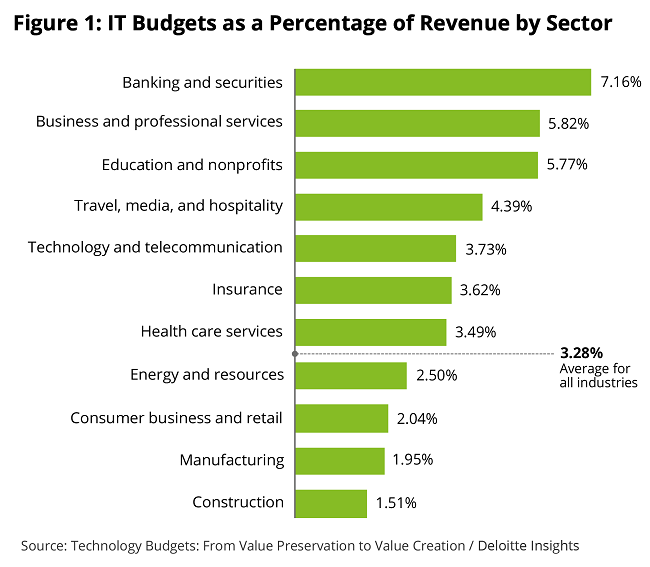 The risk in taking a delayed approach to technological adoption is simple: general contractors and project owners will be out-bid and outperformed on projects that utilize technology advancements, leaving them in the wake of their competitors.

There are some important designations to be made with respect to different available construction technologies. We have explored some of the leading technologies and organized them based on four key categories.

The preconstruction category of the con-tech stack pertains to everything a contractor needs to prepare a project for launch. Some of the most relevant activities include bid management, assessing prequalification’s, clarifying design issues with engineers/architects, feasibility analyses, and all project owner communications. Most of these contractor-based needs can be lumped into one technological category: tender management. 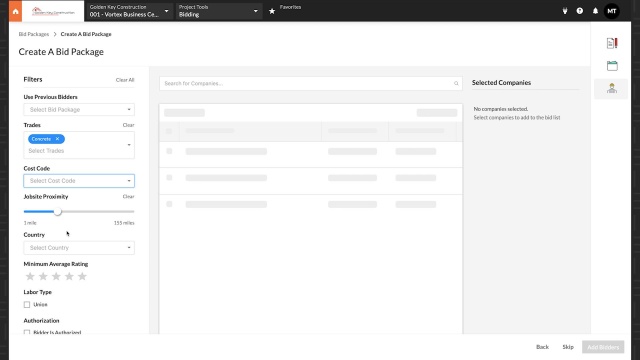 Taking all necessary precautions to ensure site safety is an essential step in the construction process. New era construction technology solutions enable contractors to do just that through automated quality-assurance and predictive analytics. Companies like myComply offer subcontractor management solutions for general contractors, allowing them to set qualification and certification requirements for every worker that will enter a jobsite. Jobsites are then gated with myComply “Smart Bricks” which restrict access to any unqualified or uncertified workers. 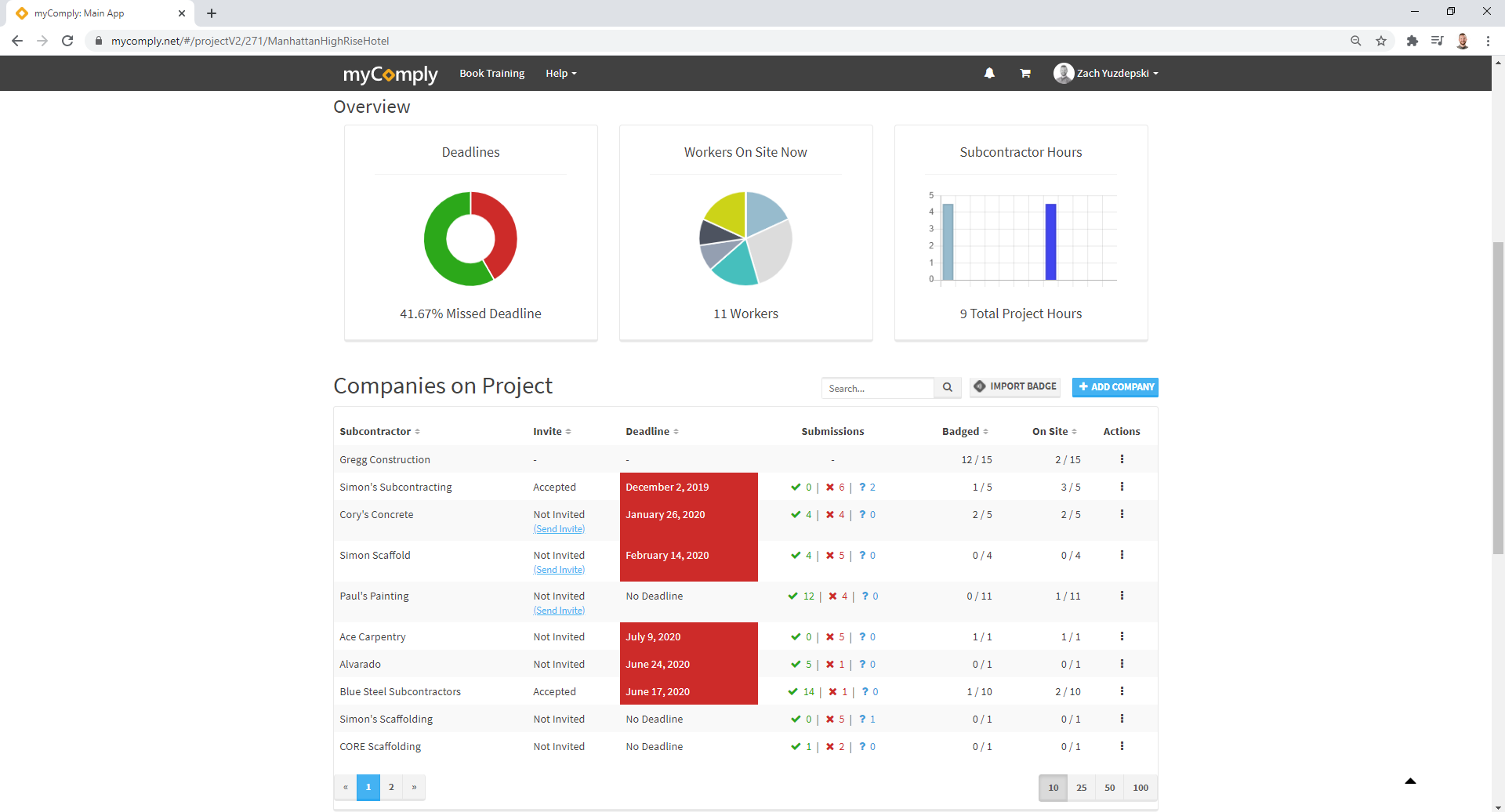 Design coordination includes everything involved in facilitating the sharing of documentation (particularly blueprints and other design-related assets) on a construction site. This sharing is facilitated through cloud-based apps and connected smart devices. Some of the leading design coordination software options for contractors include:  Vectorworks, SketchUp, AutoCAD, DataCad, and Revit.

Building information modeling is a technologically enabled process of generating and managing digital representations of construction projects so that contractors can easily view and manage asset geometry and lifecycle information. The leading BIM solutions for construction are Autodesk’s BIM 360 and Procore’s BIM. 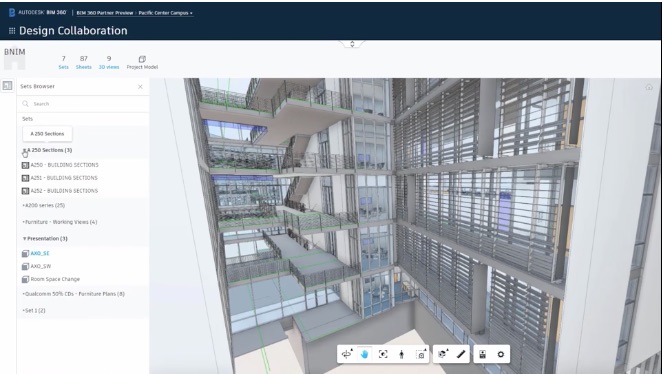 Construction resource management involves everything that pertains to managing both physical assets and personnel on a construction site. The two primary categories here are productivity and access control.

Productivity tools in the construction space include worker wearables, resource tracking, and automated documentation technologies. Collectively, these solutions enable contractors to secure timely payments, closely monitor margins, keep track of workers on-site, and ensure that resource deployment stays on schedule. Some of the leaders in the productivity technology space include: Autodesk, and Procore. 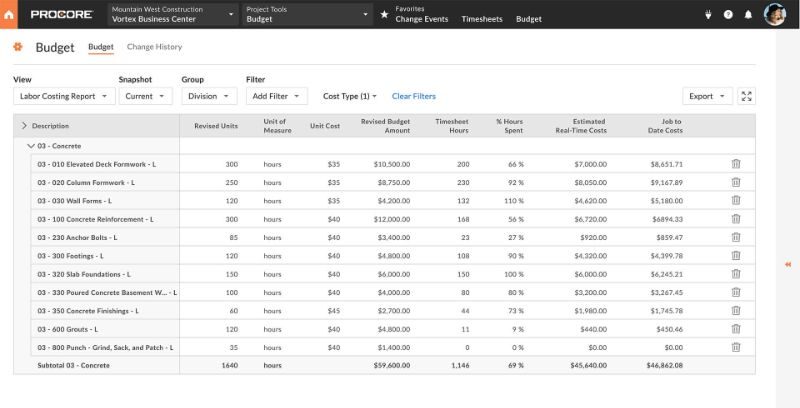 Managing who’s onsite is critical for many construction projects, especially those in busy urban settings. Access Control solutions help contractors secure worksites and limit site access to workers who meet the necessary qualifications to be onsite. Solutions like myComply offer hardware and software bundles that can be paired with various site gateways (such as turnstiles and secured doorways) as a means of denying access to untrained workers.

Financial management is the division of construction technology that pertains to invoicing, accounting, capital planning, and portfolio management.

The Future of Construction Technology

Terms like artificial intelligence (AI) and machine learning are often thrown around with respect to the construction industry, but the reality is simple: the industry isn’t quite ready for many of these advancements. The next five years will undoubtedly be a period of rapid technological advancement and adoption, but it won’t be the era of AI just yet.

Here’s what we (at myComply) believe the future of construction technology will hold.

Over the past five years, it’s been a (literal) fire-sale with technological adoption. The result? A lot of companies with severely fragmented solutions, all meeting different needs without communicating effectively with each other.

Industry leaders, like Procore and Autodesk, have recognized the need to bring solutions under a single roof—and that’s why they’ve developed app marketplaces. These marketplaces allow contractors and construction companies to shop hundreds of solutions simultaneously and build custom solution sets that share data and are all accessible through a single sign-in.

This marketplace framework is beneficial to contractors and project managers for a few reasons:

Additional technologies that are on the verge of becoming fully augmented include StructionSite and OpenSpace, which enable virtualized site walkthroughs. Keep an eye on these solutions over the coming years.

This prediction should be no surprise as been on the horizon for some time. Where construction sites were once defined by manual inspections, paper documentation, and verbal communication; they are now becoming very digitally enabled. 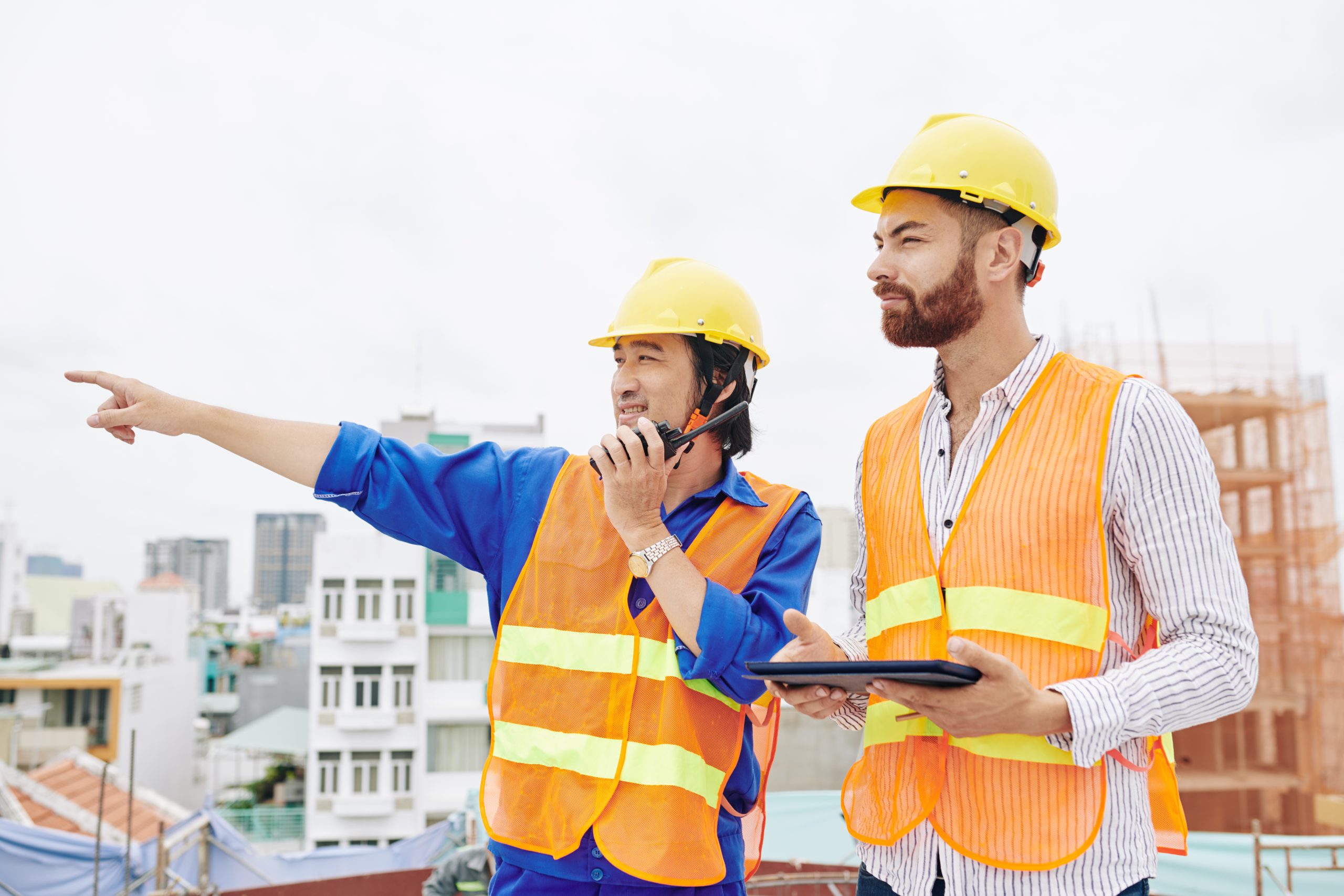 Click here to book a call with a myComply representative and learn how we help contractors slash insurance costs, manage their workforce in real time, while also ensuring complete jobsite security and compliance.