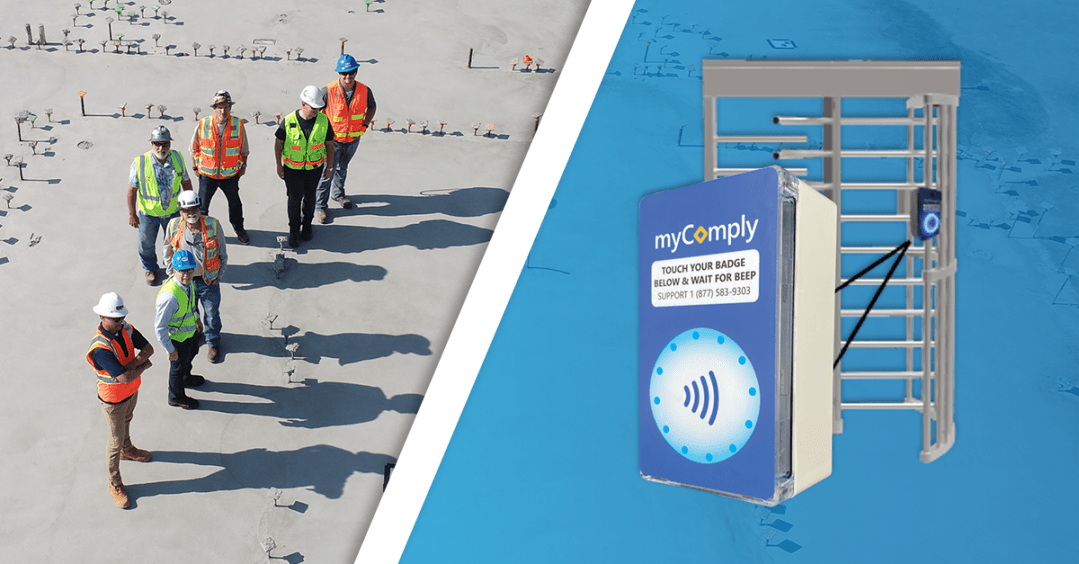 Read on to learn why it’s critical that you monitor all site access in order to improve safety, how to deter unwanted visitors, how to induct site visitors, and how to implement an effective temorary access control solution for you construction site.

Why Monitoring Temporary Access for Construction Sites is Important

Here are some of the numbers.

Construction sites are among the most dangerous work environments in the world, leading in total fatalities and ranking fourth across all major industries. In fact, among the top 20 most dangerous jobs in America in 2018, five of them belong to the construction sector. 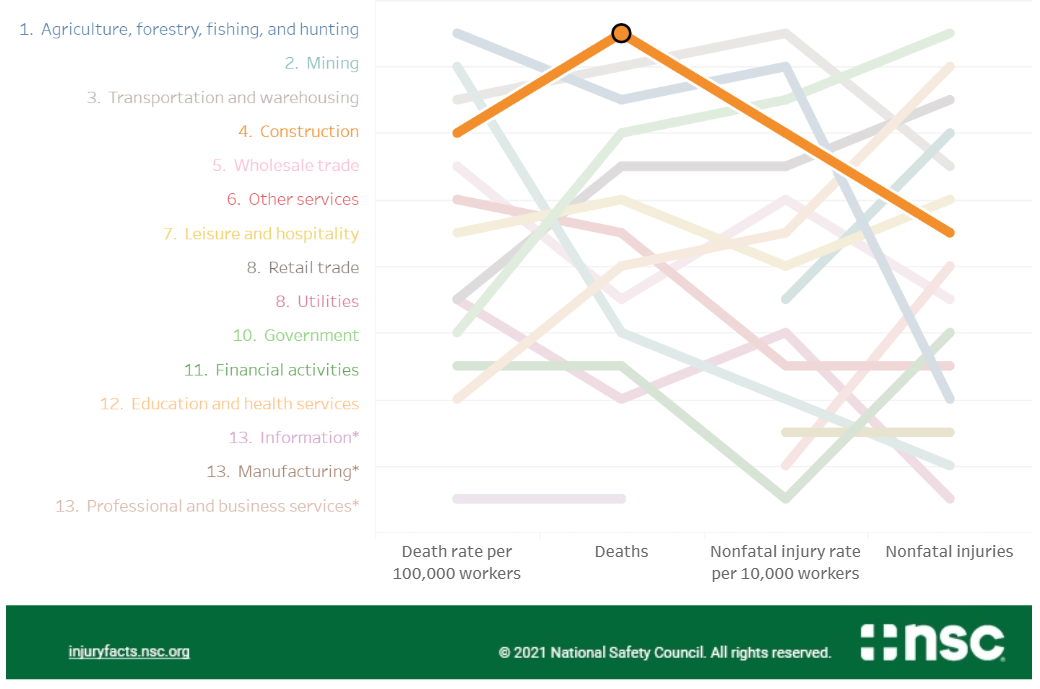 Here are the specific rankings and fatality rates:

And these stats pertain to individuals that are trained to be working in these environments. When you have potentially untrained or inexperienced individuals entering a dangerous environment, the threat to their safety becomes much greater.

In a lot of ways, construction sites are kind of like unsecured bank vaults, with tens of thousands of dollars of materials and equipment often left-out and exposed. Due to the high value of much of this equipment, it is often targeted by thieves.

In fact, it is estimated that losses resulting from theft on construction sites are greater than $1 billion per year in the United States. Additionally, the average loss on a construction site is valued at $30,000, and there were more than 11,000 of these incidents (that were recorded/reported) in 2016.

Without the proper security and access control measures in-place, it can be rather easy for pedestrians to gain access to construction sites where they might have criminal intent. But, before we dive into that, let’s discuss the differences between a standard site induction/orientation and one that visitors might receive.

Learn more: 4 Construction Site Security Methods that Save You Money

Workers and employees need proper site inductions before they enter a project site, that much is certain. However, what about architects, surveyors, office staff, project owners, or other stakeholders that may need to garner temporary access to a project site?

Construction site inductions, otherwise known as orientations, are a very necessary part of the project training process. These inductions serve to provide workers with all the information that they need regarding site layouts, job-specific risks, as well as general hazards, so that they can conduct safe work on the site.

Construction site inductions for visitors are a little different. These also serve to educate individuals that will be entering potentially dangerous construction sites, but generally need to be done in a much quicker fashion.

Though there is no regulation governing the entrance of site visitors, there is the employers “general duty” clause of the Occupational Safety and Health Administration (OSHA) Act.

“Each employer (1) shall furnish to each of his employees’ employment and a place of employment which are free from recognized hazards that are causing or are likely to cause death or serious physical harm to his employees; (2) shall comply with occupational safety and health standards promulgated under this Act.”

Though this is somewhat ambiguous, it does make it very clear that employers are responsible for managing hazards within their workplace. Construction sites are riddled with hazards, and GCs are liable for any harm to come to anyone who is granted access to their sites. Based on that logic, it stands to reason that a responsible GC would want to offer a short site induction or project briefing before issuing temporary site access.

The result is that visitor inductions tend to be much briefer than those provided to workers, and they tend to be accompanied by more legal documentation (waivers, NDAs, etc) to protect the GC/CM and project owner.

HOWEVER, when construction sites need to effectively grant access to certain individuals, it can be difficult to document, track, and report on the flow of these persons.

At best? Visitors navigate to a mobile office trailer where a Project Manager or Superintendent provides a quick briefing and issues some form of visitor badge.

At worst? Individuals waltz onto a project site without any regulated access and navigate to their destination. No documentation. No project briefing.

Fortunately, there are other options available to GCs and CMs that want to better regulate and document visitors who are granted temporary construction site access.

Visitor management systems are dedicated hardware and software solutions that enable businesses, schools, and other entities to track the flow of visitors in a digital format and (sometimes) print visitor badges or cards. 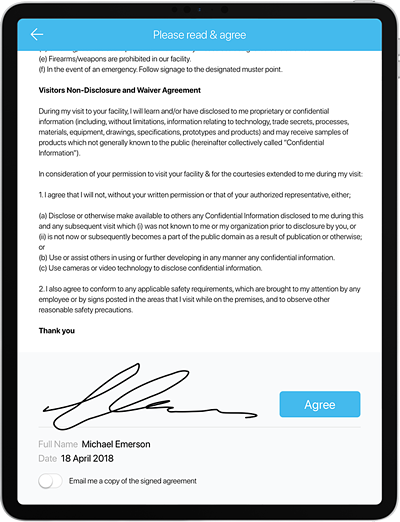 The benefits to visitor management systems for temporary access control:

The downside to visitor management systems is that they do little to enforce or ensure that visitors have completed their NDAs/safety waivers/orientations before they enter a project site. This screening process is left in the hands of the visitors as well as PMs, Superintendents, or on-site security personnel that govern the site.

The benefits to on-site security for temporary access control:

The downside to on-site security staff is the cost associated with having full time personnel working at each access point. There is also human error to consider, as it is more likely that an unqualified worker or visitor might be granted site access by a human than by an access control system.

Access control systems are hardware and software bundles that integrate with your existing site access points, be those turnstiles, door strikes, or otherwise. Smart hardware connects with these access points and allows GCs/CMs to limit site access to only those that are approved. On the software side, data is collected and can easily be monitored and leveraged by GCs or project owners. 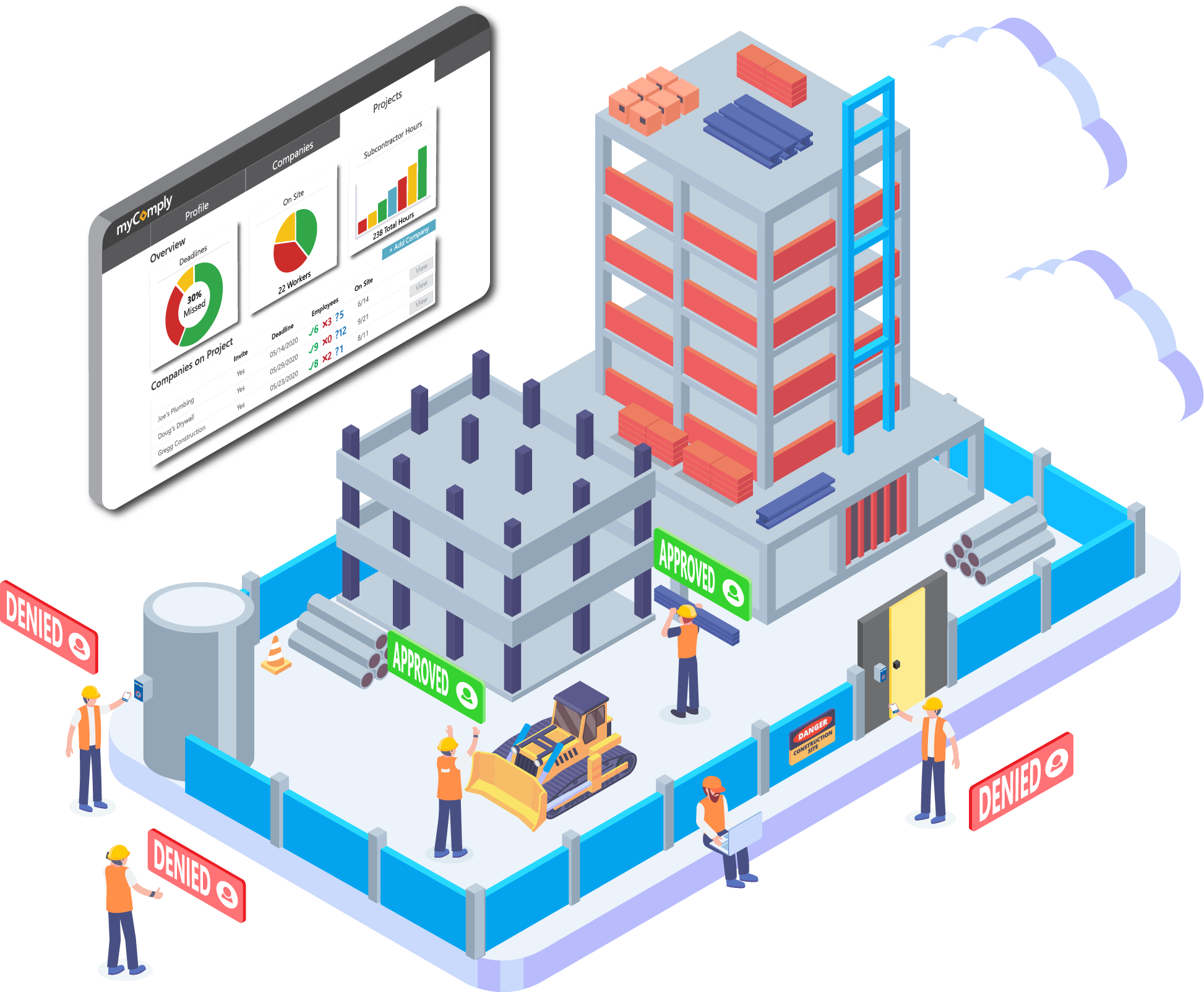 The benefits to access control systems for regulating visitors:

myComply is the leading access control system for project owners, GCs, and CMs in North America. If you are looking to take the reins on your project sites and unlock deep data on your workforce, then myComply is the answer you have been searching for.

Interested in finding out more? Book a demo with a myComply product expert and explore myComply’s solutions for general contractors and subcontractors.